All Collections
For Investors: Making an Investment & Managing Your Portfolio
Birchal Payments Terms & Guides
What are Birchal's Delayed Payment Terms?

Written by Claire Brown
Updated over a week ago

Every Birchal campaign has a 'private' and a 'public' offer period during a company's capital raise. It's a way for those who expressed interest (EOIs) to view an investment offer exclusively before it is broadcast to a wider network.

Some of our campaigns have hit their maximum target during the private raise period, meaning that if someone wasn't on the EOI list, they missed out on participating in that deal and the round closed early!

What are the perks to expressing interest and investing during the 'private' period? 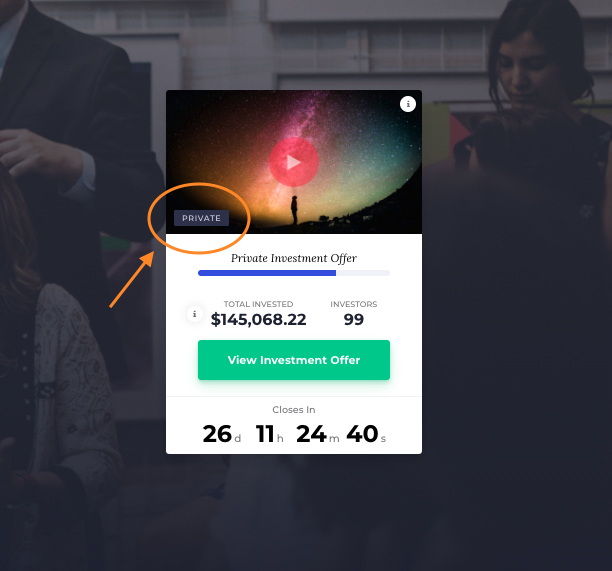 You'll be able to identify if a campaign is still in its private period by this little label on their investment portal.

Explore Companies
Did this answer your question?